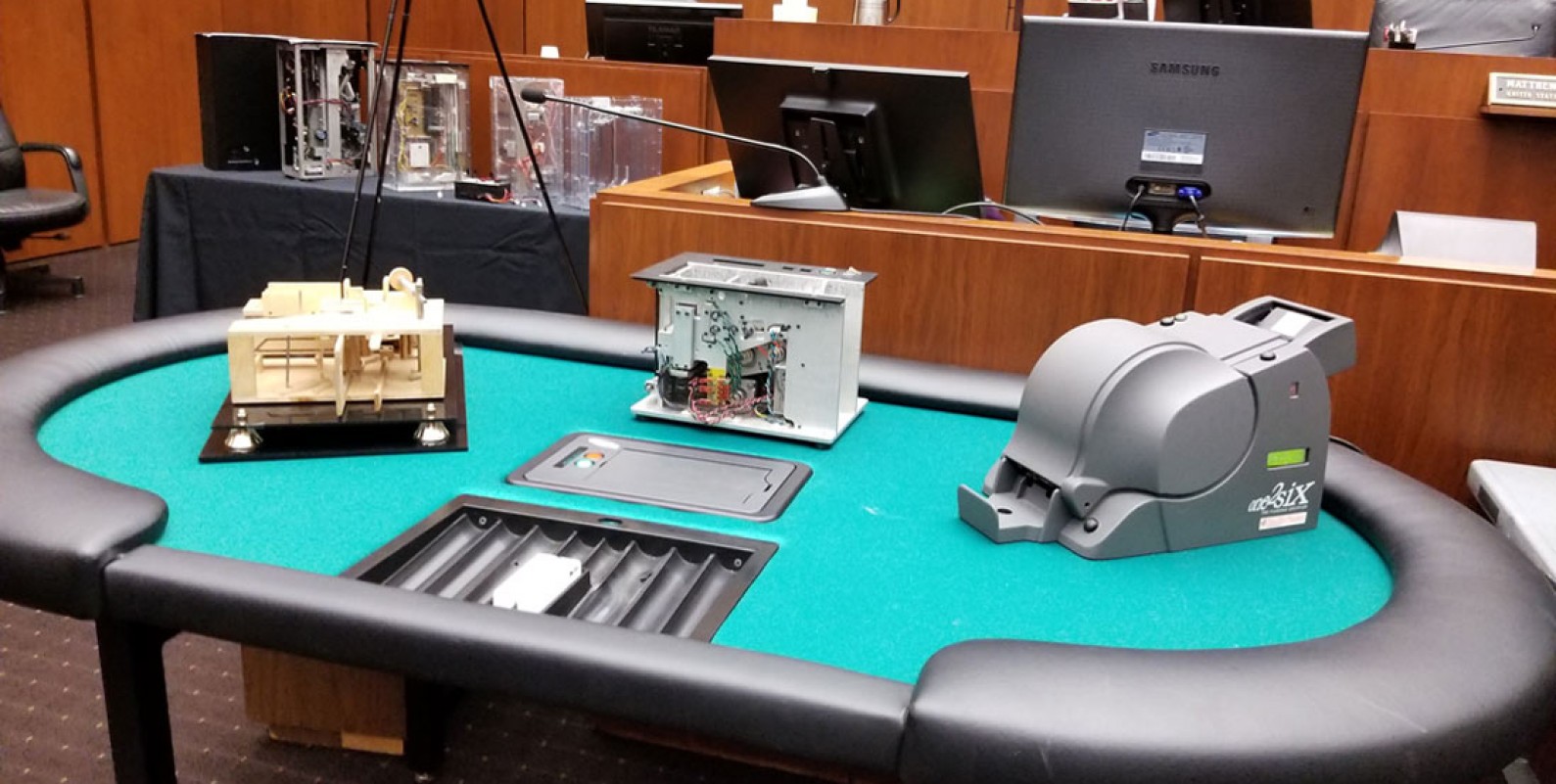 The verdict marked the end of 12-day trial in which Presta and Rowan proved that Scientific Games had obtained their monopoly of the casino automatic card shuffling market through fraud on the U.S. Patent Office and that they used their fraudulently obtained patents to force Shuffle Tech and its partners out of that market. Mike Gaffney, Jonathon Reavill, Sheri Gordon, and paralegal Lisa Thompson were also part of the trial team that resulted in one of the largest Walker-Process/sham patent litigation awards to date.